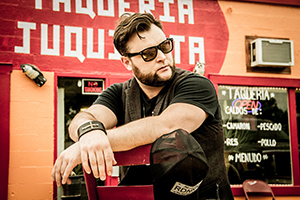 ck Band is is ALL IN, which is the
name of the band’s new album, released in
February 2019 to over a million listeners. One
of the most streamed country music artists
in Canada, and a band that’s consistently
invited back to events, Chris’ songwriting
prowess and love of music shines boldly
through his songs, from the recent Top 30
hit “Good Ol’ Days” to the upbeat anthem
“Giddy Up”, and the balladry of the Top 20
radio smash “That’s When You Know”. 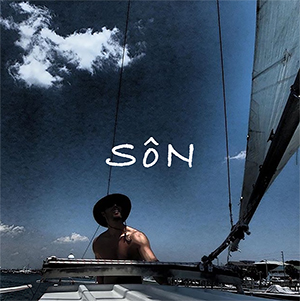 ollowing a stage of tragic personal loss, SôN is the name singer/songwriter Blake Hassebrock chose for his solo project when he sold his belongings and retreated to an old 26’ sailboat named “Jolene” along the Carolina coast. For nearly a year, Hassebrock lived in isolation, enchanted by both the natural calm, and the thrill of the free sea. He spent his days learning to sail, reading Jack London, and making music. This was a hugely generative period for him, “The Boat Times,” during which he wrote and recorded the most beautifully introspective and emotionally wracked songs of his life. When he finally rejoined the world he emerged with something worth hearing, his debut Album, “Souls for Sail,” which is sure to become an indie/folk touchstone. SôN, is a tribute to Hassebrock’s late father, Craig Whittington Hassebrock, who also spent his life as an impassioned musician.He has been compared by critics to artists such as City and Colour, Ray Lamontagne, Bon Iver, and Damien Rice. These comparisons stem from his reflective writing style and soulful performance energy. SôN is a 2019 John Lennon Songwriting Contest Finalist in the Folk category and has been featured on Arizona State University Radio, in events such as the Watshan Jam Music festival, Kamloops, CAN, the Christmas for Kids Tour, Nashville, TN (with Chris Stapleton and various other artists), Sing for the Smokies at The Sutler Saloon, Nashville, TN (performing alongside Bridgette Tatum, Keith Burns, Joi Scott, and Angela Oliver), The annual MCC Festival of the Arts Mesa, AZ, and the annual “Save Them All” festival, Chandler, AZ, among others.SôN just wrapped up the production of his latest professional project; to be released in 2020.
_________________________________________________________________________________________________